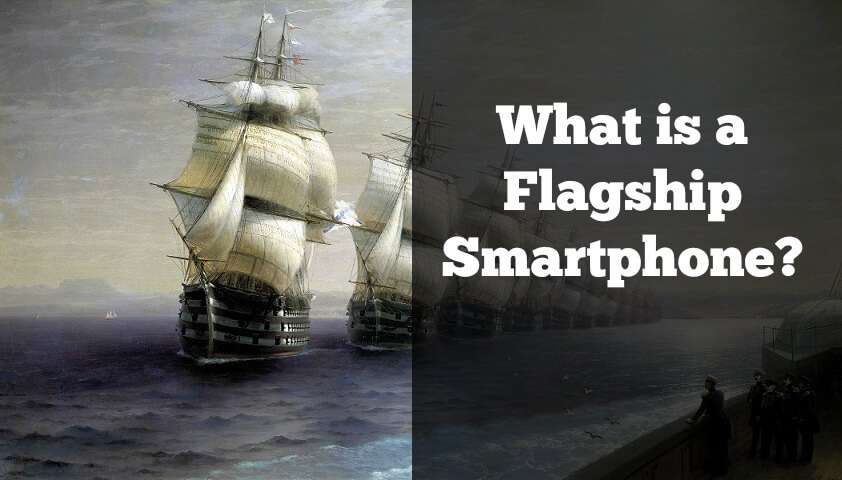 The prevalent misuse of “Flagship” among tech journalists in the context of the release of new smartphones has made it difficult for many English learners to comprehend the actual meaning of the word.

In this post, I will try to clear the confusion surrounding the word once and for all. Take my word for it.

Taylor Martin, a former tech journalist from the popular tech publication, Pocketnow tried to answer one of the most frequently asked questions in the smartphone world.

What does the word “Flagship” really mean?

While I highly recommend the article, I’ll try to briefly rephrase his words for those who are just too lazy to read the post.

The word “Flagship” originated as a naval term to denote the most prominent or important vessel in a fleet or ship carrying the commander. In the tech media world, the word is supposed to be used for the most expensive and high-end smartphone from a company.

Wikipedia defines the term “flagship” as the best or most important things owned or produced by a particular organization.

So typically, a flagship is almost unanimously considered the biggest product, largest, and most important single item in a group of products from a company.

However, the word has been tossed around so carelessly that it has come to lose its meaning altogether, confusing many learners that follow tech publications regularly.

The first affordable flagship from Samsung.

In the above examples, the term flagship is simply used as a synonym for “smartphone”, which is confusing and misleading in the strict sense of vocabulary.

Similarly, many tech journalists and bloggers tend to mention, “Flagship Smartphone” in their reviews. Basically, they simply mean “high-end” or “premium” smartphones. However, by their very definition and context, both are very different from each other.

For this very reason, one cannot just use the word “flagship” to describe smartphones that are considered “budget” or “affordable” by the company.

For example, Apple released two smartphones – iPhone 6s and iPhone 6s Plus – in 2015. Going by the semantics, you can describe the iPhone 6s to be Apple’s flagship smartphone because it’s projected as a more visible and popular model from Apple.

In short, a “flagship smartphone” is supposed to be the one that commands the line of smartphones released by any manufacturer in a year.

When the term is used in a rather lenient way, it can also mean a particular smartphone model that a company intends to promote and sell more than any other models within its line-up, whether or not it’s the most expensive of the lot.

Note: If you want to learn more about the phrase, follow this discussion on Quora.