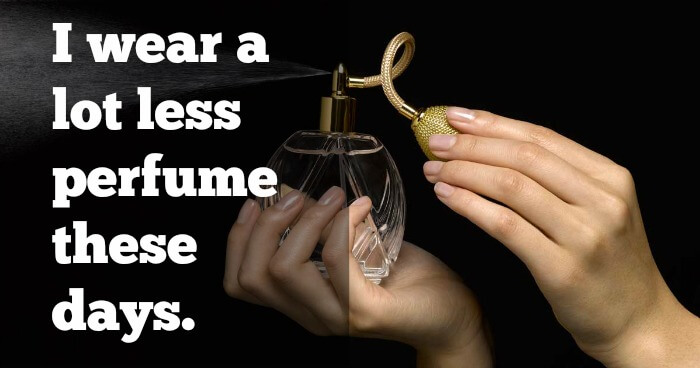 At times, English can be extremely confusing to people who don’t use it as their first language. There are many instances of wrong usages which lead to wrong conclusions. The users may not be aware of the mistakes because they are not familiar with the nuances of the usages.

Almost every day, I see people use less instead of little and less instead of fewer. So, I have decided to point out the mistakes and clarify the confusion once and for all.

Let’s take a look at the following examples:

Wrong: I find it very difficult to manage my monthly expenses because I get less salary.

Right: I find it very difficult to manage my monthly expenses because I get little salary.

By the very definition, little refers a small size, amount or degree of something. Therefore, when you want to say the salary you get is inadequate or insufficient for your monthly expenses, the right word is use little and not less.

Moreover, you can use very to intensify the statement. For example, very little salary. (not very less salary)

Less is used to express inadequacy or insufficiency of something, but only in a comparative sense. So when you say less salary, it sounds like you’re comparing your salary with someone who gets more than you do. In fact, you are expected to use than when you use an adjective (little) in its comparative form (less).

He makes less money than her wife does.

The above statement doesn’t imply his salary is inadequate. It simply implies it is less in amount as compared to his wife’s salary. After all, adequacy is a relative term. Even if you make $200,000 per annum, it may not be sufficient.

Let’s take a look at the following examples:

Wrong: There are less eggs in the fridge than you think.

Right: There are fewer eggs in the fridge than you think.

Technically, fewer is the comparative form of few which is used with countable, plural nouns. In other words, fewer refers quantities that can be counted individually.

For example: There were fewer students in school due to the stormy weather. (not less student)

Less is the comparative form of little which is used with uncountable, singular nouns. In other words, less is used for collective quantities that are not counted individually and for abstract characteristics.

For example: I’d like to put less salt in my soup. (not fewer salt) 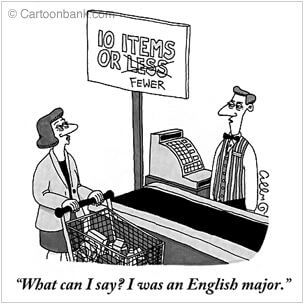 I used to make much less money two years ago.

I have fewer pairs of shoes than I used to have.

She left less than five minutes ago.

I have fewer perfume bottles than I used to have until a few years ago, and I tend to wear a lot less perfume at work these days.

Hope this helps clarify your doubts, and you make fewer mistakes while using little/less/few moving forward.

That was just an example. Honestly, I’d hope you didn’t make any mistakes at all.

If the NOUN doesn’t have a DETERMINER, don’t use OF before nouns.

Update: We’ve edited this article based on the feedback given by Andrew Evans. Please, see his comment below. For more explanation, please, follow this thread.

7 thoughts on “Little vs Less vs Fewer Examples: How to Use Them Correctly”