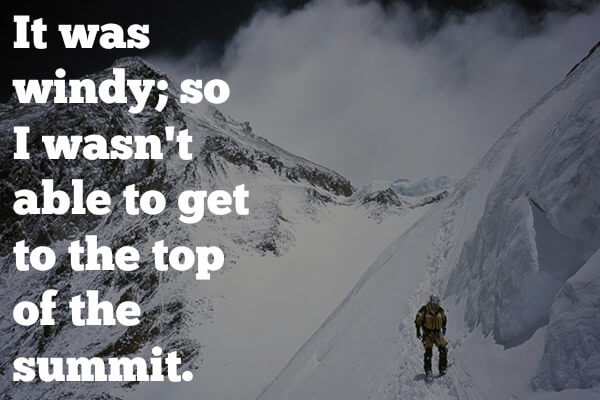 Whenever I read comments on Facebook posts on the newsfeed, I cringe at the silly errors they commit. With the growing internet consumption, people actually grow up reading blogs that are teeming with grammar errors.

One of those glaring examples is “couldn’t able to”.
For Example:

Both can and be able to can be used to explain the ability of a person, especially when they try to do something.

Moreover, when you talk about a situation in the past when you tried harder to achieve something and succeeded in it, then you usually use ‘was able to’ or ‘managed to’.

The test was very tough; I was able to answer only four out of ten questions. (the speaker tried his/her best and could do only four)

The test was very tough; I managed to answer only four out of ten questions. (managed to = was able to)

Note that you can also use the following sentence:

If you are wondering if you could use ‘I could do only four out of ten questions, then the answer is you can but it will explain the situation clearly enough.

In fact, this is the reason why they use ‘managed to’ or ‘was able to’ – it clearly says something was difficult.

Here are some more examples:

Now that the rules are clear to you, take a look at the sentence below:

Sure, the speaker has mixed up two things here: couldn’t and able to whereas he should have used just one, for example:

Either: I couldn’t sleep last night. (they were partying hard in the neighborhood)

Or: I wasn’t able to sleep last night.

The next time you notice something writing  ‘can’t able to’ or couldn’t able to, just share this link with them.